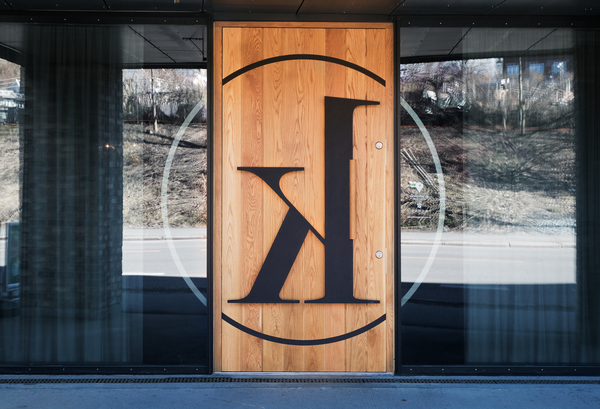 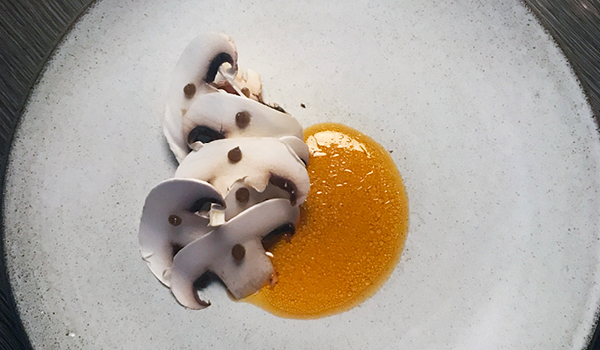 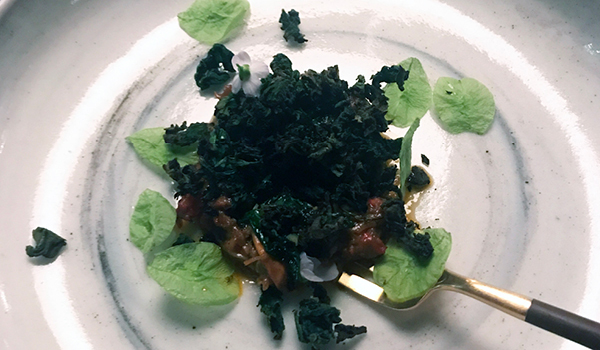 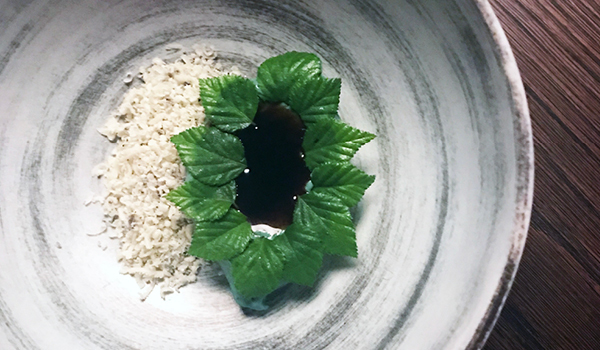 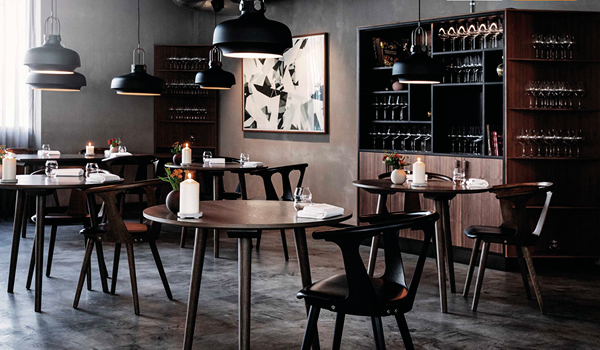 Smack in the middle of Oslo’s urban sprawl, hidden behind heavy wooden doors, is a modern and dark room with stylish contemporary accents. Kontrast’s minimalist austerity is a beautiful canvas for a meal dotted with flowers, colors, and exquisite details.

The food is precise and sharp. Head Chef Mikael Svensson comes across as more of a chemist than a chef, mixing vinegar and sauces into subtle elixirs behind a long kitchen counter. The extracts lurking among the various ingredients hit our palates in waves, with new flavors unfolding one after the other.

We feel compelled to start describing things in reverse, with a taste of the penultimate course: bone marrow ice cream with strawberries and raspberry granita. It’s without a doubt one of the ten-course tasting menu’s absolute highlights, leaving a lasting impression of savory bovine aromas on the one hand, and light, acidic, fruitiness on the other.

Wine is to food like black is to white at Kontrast; the two enhance each other in combinations such as the traditional oxidized Jura that lifts the soft, honest salt baked chicken with grilled butter and the year’s first, crispy cabbage. That said, the non-alcoholic beverages truly exhibit the sommeliers’ interpretations of harmonization. Several of these drinks echo what’s on the plate, creating a multi-facetted gustatory dialogue. The waiter pours a homemade cold brew made with smoked lapsang tea, apple tea, and local apple juice before presenting a dish of thinly sliced dried and raw scallops, covered with apple vinegar and smoked lapsang tea. A seamless combination.

Elegant acidity runs through the evening from beginning to end. From the meadow gel around the chicken liver, via a dense shellfish sauce with a gelatinous consistency, to that moment when our mouths are filled with the flavor of tart birch shoots, brought on by a syrup that accompanies the cheese course hiding a blue sorbet of oxidized sunflower seeds, covered with spiky green leaves.

The spring menu blends Asian inspiration with traditional Norwegian references, like the Nordic langoustine curry that opens up like a flower when the fork swipes the feather light leaves to reveal a piece of highly contrasting, balanced Indian-inspired jewelry. The nine different spices merge and become an expression that is everything but minimalistic. It’s a dazzling parure that doesn’t compromising the distinctive shellfish-umami.

Service is professionally polite, attentive and dedicated, albeit too serious at times, coming across as formal and restrained, It’s when laughter fills the room that the restaurant experience is at its best.

Kontrast nurtures a close relationship with local farmers and is passionate about reducing waste. The menu is shaped by the seasons and the surrounding nature. A dessert with fresh cream cheese leads us into the night with a pure taste of the local pine forest.