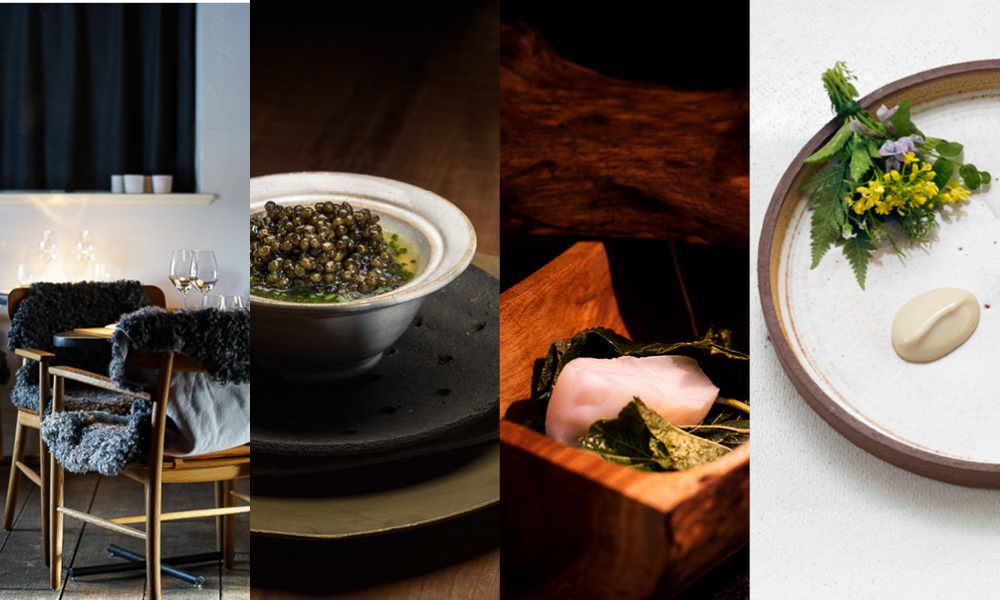 WHITE GUIDE NORDIC: An oblong, slender sliver of land, Sweden stretches from the barren artic to the “Bay of Plenty” where a bridge connects the country with Denmark and the rest of Europe. Anchoring this southern region is Malmö, a vibrant city that keeps a lively dialogue with Copenhagen and offers a smattering of similarly sculpted, small-scale eateries tucked into formerly sallow – now straight-up swish – industrial sites where micro-trends are born and spread nationwide, and where the creative set sips natural wine.

North of this joyous riot is Stockholm, the capital that thinks of itself as a debonair, flamboyant big brother, always one step ahead, adopting choice global trends such as love-all-serve-all food courts, zero-waste bistros and fine-tuned concept dining, while gleefully boasting about its very own gastro-gold, Frantzén, aka the country’s most lavish meal. Gothenburg is moored between these two towns, a sturdy vessel on the western shores, brimming with the bounties of the ocean. The metropolis bops quaintly from the past to the present, keeling starboard toward immortal and traditional food temples, leaning portside to some of the nation’s quirkiest, most idiosyncratic eateries.

Beyond all this are the uncharted territories of the northern wilds. What’s simmering up there remains to be seen now that Chef Magnus Nilsson has chosen to permanently turn off the stove at his lauded and remote locavore lair, Fäviken Magasinet, exactly fifteen years after the publication of the New Nordic Manifesto. Nilsson has acquired an old apple orchard in the south; we’re guessing a fresh cluster of guests will soon be able to harvest the fruits of his new endeavors. Meanwhile, diners with a hankering for the great outdoors have a smorgasbord of options as the Swedish countryside is quickly paddling its way out of the culinary backwaters. Case in point, Lilla Bjers, an organic farm on the island of Gotland, Stedsans in the Woods, nestled in the forests of Halland, PM & Vänner in Växjö, Taxinge Krog a hop-skip from the capital, and last but certainly not least Daniel Berlin Krog, a culinary Greta Garbo, hidden in a mini-hamlet of Skåne where Chef Berlin regales savvy, global gastrophiles with a subtle and inventive cuisine informed by the surrounding nature’s abundance.